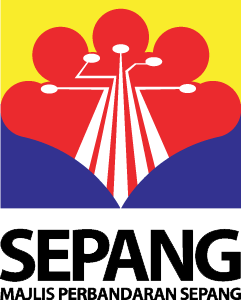 As Kuala Lumpur International Airport is in Sepang, visitors can certainly fly from many oversea destinations directly into the district. For information on how to get to or away from the airport, see the “Get in – KLIA” section.

Visitors to Sepang, including the Formula One circuit, can make use of the good rail links between Kuala Lumpur and KLIA – see the “Get in – KLIA” section for details on the KLIA Ekspres and KLIA Transit high-speed train services which run between KL Sentral, Kuala Lumpur’s transportation hub, and the airport where connections to other parts of Sepang can be made. The KTM Komuter can also be used to reach Sepang. Catch a train to Nilai station in Negeri Sembilan. From there, Sepang Omnibus goes to locations within Sepang district, including KLIA, Salak Tinggi, Sepang (for connections to Port Dickson in Negeri Sembilan) and Sungai Pelek.

You can also use the various bus connections between Kuala Lumpur and KLIA to reach Sepang – see the “Get in – KLIA” section for details. Transnasional has a bus service from Kuala Lumpur’s Puduraya bus terminal to Salak Tinggi, Sepang and Sungai Pelek. Transnasional also operates local buses from Sepang and Sungai Pelek to Tanjung Sepat and Banting in neighbouring Kuala Langat district. This journey passes through miles of palm oil plantations and several pretty Malay coastal villages. Sepang Omnibus has direct local buses from Seremban in Negeri Sembilan to Sungai Pelek via Nilai, KLIA, Salak Tinggi and Sepang; and Seremban to Banting via Nilai, KLIA, Salak Tinggi and Bukit Changgang. It also runs a bus from Sungai Pelek to Port Dickson in Negeri Sembilan via Sepang. Towards the north, Sepang Omnibus operates buses from Sungai Pelek to Tanjung Sepat in neighbouring Kuala Langat district.

Except from KLIA, local taxis operate from the main towns of the district. From KLIA, a coupon airport taxi system operates. See the “Get in – KLIA” section for details.

During race season, the simplest way is to catch the train from KL Sentral to KLIA and then transfer onto shuttle buses which will bring you to the circuit. The operator of KLA Ekspres and KLIA Transit has transport packages which cover the train ride and shuttle bus. See the KLIA Ekspres website or Sepang International Circuit website . On non-race days, it may be difficult to get to the circuit by public transport. Your best bet is by taxi.

How To Get To Cyberjaya?

Future Development The KL-Putrajaya Highway will have the shortest direct link between the commercial centre of KL, the federal administrative centre of Putrajaya, the Multimedia Super Corridor of Cyberjaya and the Kuala Lumpur International Airport (KLIA) at Sepang reducing the journey time from about 1 hour to approximately 30 minutes. Given its strategic linkage, this Highway is aptly referred to as “The Gateway to the Nation”. For more information about the upcoming KL-Putrajaya Highway, please visit www.kl-putrahighway.com.my

Stage Buses provide services from various destinations around Cyberjaya. All buses go through the Western Transport Terminal (“WTT”) from…

Getting Around in Cyberjaya

The Shuttle Services The Park and Ride facility also known as the Shuttle is part of the Malaysian Government’s plan to improve the transportation system in Cyberjaya. It provides an alternative for the community who wishes to park their vehicles at designated car parks and use the buses to commute to most areas in Cyberjaya.

The services run from 7.00 a.m till 12.00 midnight. There are currently no charges imposed for the utilization of all the buses and car parks. Parking for free and taking the Shuttle not only saves time and money but also avoids the frustration of traffic congestion and the hassle of finding a parking spot in town. 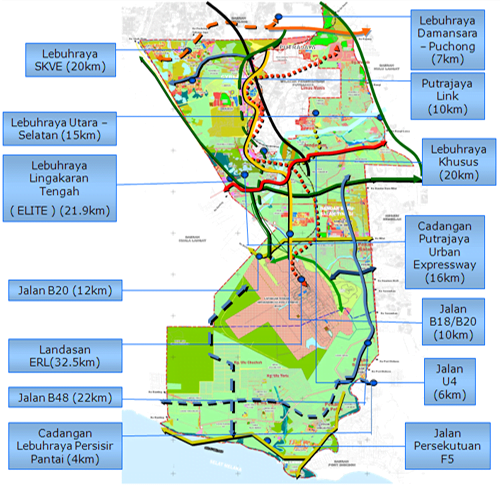 A developing nation should always have facilities thath are able to support the country’s growth. One of the examples is the roads leading into the Sepang district that is constantly being improved and upgraded.